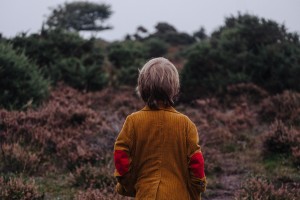 “The way children are told about their family breaking up is a seminal moment that no child forgets…If you talk to your children about divorce the wrong way, they could internalize their pain and blame themselves for the divorce”.

There are thousands of experts who have researched the effects of divorce on children. They have written books and developed programs you can use to learn the best ways to you tell your kids about divorce.

The Sandcastles Program is a program developed by Gary Neuman, a licensed psychotherapist who Oprah describes as being one of the best in the world. It’s widely known by California family law judges. It’s a three and a-half hour, onetime group session for children between the ages of six and seventeen. A number of techniques are used to help children understand the reality of divorce, feel self confident, learn appropriate ways to express their anger and more. The kids also connect with each other and spend time with their parents to help improve communication.

Many of my clients have read Gary’s book Helping Your Kids Cope with Divorce the Sandcastles Way and used The Sandcastles Program workbooks, which are age appropriate and available online for purchase. I received positive feedback on both.

Here’s a sample of Gary’s advice on how to tell your kids about your divorce.

I was surprised by the 45 seconds rule but not by Gary’s cardinal rule:

“Never criticize each other in front of the children.”

This can be tough. But it’s so important. Bite your lip.

Most kids love both parents. They don’t need the confusion of having one parent bemoaning the other.

I recall an ex-wife and her new husband openly criticizing a dad in front of his sons.

The ex told her sons their father was forcing her to go back to work and was taking money away from them.

The boys were 11 and 13. Mom had received nearly $1 million in assets, spousal support until she married an unemployed man and she had time and skills to earn a decent living, but wasn’t.

The boys asked their father if what their mother said was true. Dad said it was and explained the very reasonable reasons.

The 13 year old reacted by refusing regularly scheduled custody with his father. A child custody battle ensued. Thousands of dollars were spent. Father and son went to therapy together for a few years. They were at odds until the 20 year old started seeing things in a new light. They’re patching up their relationship.

The 11 year old kept visiting his dad for a few years but stopped when his mom told him support was being reduced. The eldest son had turned 18 and graduated from high school. Dad’s relationship with this son is still fractured.

People often ask me if working with divorce everyday is difficult.

My response is usually, no. It isn’t too difficult because I work with good people through difficult times.

But I need to qualify my response.

It is very difficult when I see parents putting their kids in the middle of a divorce.

Kids are malleable and vulnerable.

Please treat them with kid gloves. They deserve it.

If you’re separating or divorcing with children in California and have questions about child custody, support and visitation, schedule a consulting session.

3 Keys to a Soul-Centered Divorce, How to Engage in the Legal Process with Integrity and Cultivate a Sustainable Life