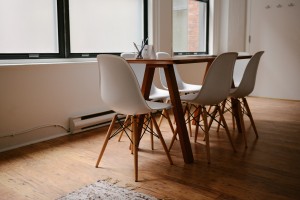 Unless it would be “unjust,” or a married couple otherwise agrees in writing, California Appellate court’s have held that, a spouse’s student loans “must be assigned for payment to the spouse who obtained the education or training.” (California Family Code Section 2627) But, if the community “substantially benefited” from the spouse’s education during marriage, the loan can be divided and awarded to each spouse equally.

When has the community substantially benefited from a student spouse’s education?

That’s a tricky question to answer.

According to California’s Appellate Courts, there are two rebuttable presumptions (presumptions that may be overcome with evidence) about whether the community has substantially benefited from community contributions to the education or training, and they are:

More than 10 years: If the student loans were incurred more than 10 years before commencement of the proceedings for Legal Separation, divorce or the dissolution of a domestic partnership, there’s a legal presumption that the community benefited from the student’s education and it would be “unjust” to assign the debt solely to the student unless, the non-student spouse proves the community did not substantially benefit from the education. (Fam.C. § 2641(c)(1))

It is often difficult to prove the facts that establish a right of reimbursement for educational costs under California Family Code Section 2641.

California law and cases on point include:

If you or your spouse or domestic partner have student loans, and you’d like to discuss whether they’re separate or community debt, schedule a consulting session.