“Love and compassion are necessities, not luxuries. Without them, humanity cannot survive.” ~His Holiness the 14th Dalai Lama 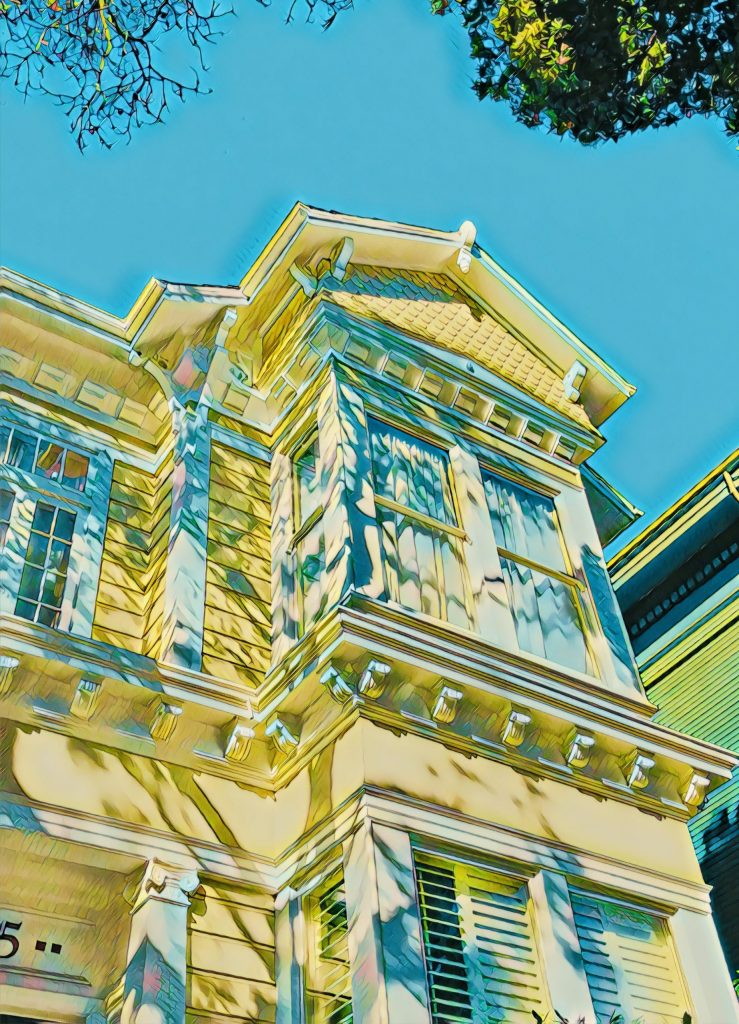 Let’s walk through an example of how California Family Court judges legally characterize property in a legal separation or divorce, or the dissolution of a registered domestic partnership. (This as an introduction to, not an exhaustive explanation of, California community property law, which has nuance and complexity.)

How to define “Separate” or “Community” Property in a California Divorce?

Step Two: Determine the dates of marriage, acquisition, and separation. Jack and Jane got engaged on 2/14/11, and Jane moved into Jack’s San Francisco apartment that he bought on 04/14/2000. Jack and Jane married on 12/12/2011 and purchased their home in Sausalito on 08/08/2016. Jack used his income to make the down payment on the house. Jack’s employer deposited his salary and cash bonuses into a checking account that Jack opened before and continued to use during marriage and after separation; Jack paid the mortgage out of this checking account. On 01/01/2020, Jack and Jane made the decision to end their marriage.

Step Three: Discover who holds title to the property. “Title” to the property refers to the legal ownership and right to possess a piece of real property, like an apartment or house. A property deed is a legal document that transfers property ownership from a seller/grantor to a buyer/grantee. A deed contains a description of the property and signifies the seller/grantor and the buyer/grantee. Spouses commonly use four types of deeds to transfer ownership of property in California: Grant Deed, Warranty Deed, Interspousal Transfer Deed, and Quitclaim Deed. Spouses also often sign Trust Deeds to secure mortgages to their property.

Jack acquired his apartment on 04/14/2000 before getting married on 12/12/2011 and holds title as “Jack as a single man.” This criteria indicates the SF apartment is Jack’s separate property—but this only the first step to determine, or confirm that, a house or funds in an account at the time of separation is separate property.

If Jack used community property funds to pay the principal of a mortgage or otherwise increase the equity in Jack’s apartment, the community may have acquired an interest in Jack’s separate property apartment under Moore-Marsden.

If any of Jack’s premarital or post-separation salary and bonus remain in the account, or were transferred into another account where they remained unused in some form on the date of separation, they are Jack’s separate property unless the funds were commingled or legally transmuted.

Jack and Jane acquired the Sausalito house and Jack earned a salary and bonus during marriage; these facts do not meet the California Family Code § 770 criteria for separate property.

If Jack proves that: his premarital salary and bonuses remain unused and intact in some traceable form on the date of separation and trial, any property purchased therewith isn’t subject to the title presumption, and Jack hasn’t legally transmuted the property, a judge must affirm the income, appreciation and returns thereon, or the property purchased therewith, as Jack’s separate property.

The community property presumptions are rebuttable.

How might a spouse prove that an asset, income, debt, or expense acquired during marriage or held in joint title is separate property?  The spouse must present substantial evidence, which may include:

(a) A clear statement in the deed or other title document by which the property was acquired that states the property is separate property and not community property.

(b) Proof that the spouses have a written agreement that satisfies the requirements and overcomes the presumption of undue influence that arises under California Family Code § 852.

Jack may claim that the Sausalito house isn’t community because they used Jack’s separate property for the down payment and qualified for the mortgage based on Jack’s salary, but tracing the down payment for a home acquired during marriage to a separate property source cannot defeat the title presumption—that the Sausalito house was taken as community property. It will, however, establish a right of reimbursement under California Family Code § 2640.

The requirements for a valid transmutation on or after January 1, 1985 are: the transmutation must be in writing, the document must include an express declaration “made, joined in, consented to, or accepted by the spouse whose interest is adversely affected.” If an interspousal transaction advantages one spouse at the expense of the other, the California Family Code § 721(b) presumption of undue influence prevails over the California Family Code § 2581 presumption (character presumed by title to the property.)

The advantaged spouse has “the burden of dispelling the presumption that the transaction was tainted by undue influence.” If they cannot, a judge will restore title of the property to the pre-interspousal transfer character.

Step Nine: Make a conclusion about the character of the property. If Jack and Jane ask a judge to determine whether their apartment and house are community property, the judge must form a legal opinion and make a conclusion. The judge must apply the foregoing rules and presumptions to the evidence and enter a Judgment. In Jack and Jane’s case, a judge might rule as follows.

I am certified by Stanford University Medical School’s Center for Compassion and Altruism Research and Education and the Founder of Applied Compassion Training for Lawyers. I practiced law for nearly 30 years in Hawaii and California. I write and speak about love, law, and compassion.